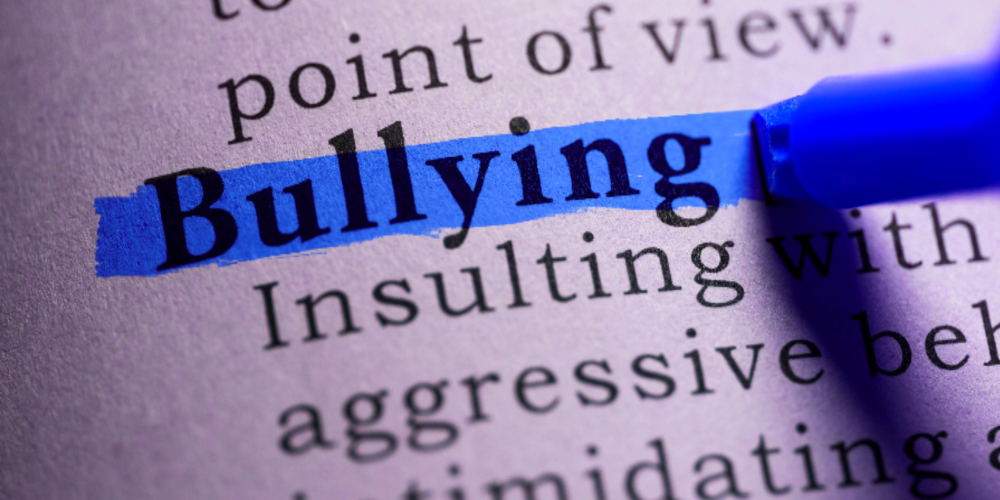 The Effects Of Bullying

It’s common knowledge that there are significant adverse effects both in the long and short term for children and adolescents who are victims of bullying during their time at school. In this article, we will look at the impact of bullying, and how teachers can work to address the negative outcomes that bullying can be responsible for, both on victims and bullies themselves.

‘Bullying’ means to try to harm, coerce and intimidate the victims, often for no obvious reason. Bullying can be a short term problem, occurring only in isolated incidents, or it can haunt a child throughout their schooling and have a significant impact on their ability to lead a successful, happy life post-education. Tackling bullying in schools is an ongoing problem, but with more support than ever before from outside organisations, teachers can learn to spot the signs and intervene or escalate to a higher level if bullying is a serious ongoing issue.

There are three categories of bullying:

While many of us think of bullying as pushing, shoving and physically intimidating victims, other forms of bullying can be just as damaging and harder for teachers to pick up on. 18.5% of bullying is indirect according to a recent study by Dare.org – an American organisation that works to prevent drug abuse and aggressive behaviours in school-age children. This is an issue for teachers, as it can often be difficult to isolate the source – it’s very hard to prove ‘who said what.

Recent studies have shown that globally, 1 in 3 children have been bullied over the last 30 days. Victims are at risk of long term physical and mental health issues, so recognising the signs and impact is a great first step for teachers who want to stamp out bullying in their school communities.

A Note On Cyberbullying…

Cyberbullying is also a growing concern in schools. Cyberbullying is related to bullying over the internet, in chatrooms, games or via apps such as Whatsapp and Snapchat which have features that allow the wiping of sent content making it very hard to track down individuals responsible. Studies have suggested that cyberbullies are usually bullying in another form too – meaning cyberbullying isn’t necessarily creating new victims. Instead, bullies are using the internet to continue their behaviour outside of school hours.

In the short term, bullying has a serious adverse impact on the academic and social success of the victim. Multiple studies have taken place on the short term impact of bullying.

Studies published by The British Medical Journal in this in-depth summary of research into short and long term impacts of bullying suggest that victims are twice as likely to skip school. These additional absences have a significant effect on an individual’s academic success. There are even more serious consequences in the short term – one study shows that out of 15 school shootings, 12 of the perpetrators had been a victim of bullying. Whilst this is an extreme reaction and one that teachers should certainly not learn to fear, it is a testament to how seriously bullying can impact entire school communities in extreme cases.

The effects of bullying reach long into adulthood. Victims can suffer depression and anxiety long into their adult life – in fact, studies have shown that the adverse effects of sustained bullying can last until the age of 50. Some studies suggest that those who were bullied in their childhood suffer from more severe mental health issues in their adult life. They may suffer from loneliness and imposter syndrome as the feeling of being an outsider can sadly impact an adults perception of themselves for many years.

Suicidal thoughts can also sometimes be attributed to bullying in childhood – although there are usually other contributors. The vast majority of young people who are victims of bullying won’t have suicidal thoughts, but additional factors including a lack of close adult relationships and difficulty securing employment can contribute to suicidal feelings in adults. Victims of bullying often experience difficulty forming and maintaining social relationships, suffer from higher levels of economic hardship and consider that they have a lower quality of life than those who do not report having been bullied.

You can read more about the longer-term effects of bullying and how it impacts victims into adulthood in this comprehensive study by the British Medical Journal.

There are plenty of initiatives and school programmes available to tackle bullying in schools. Most schools have a comprehensive anti-bullying policy, but that isn’t usually enough to quash determined individuals from bullying. But tackling the issue is a long-term project. Addressing why bullies are acting out is one solution – often bullies are suffering from their own social or mental health issues that may be well hidden. Abuse or neglect in the home and other family issues are often behind a bullies actions. Isolating the cause is often the only way to truly put a stop to a bullies actions, but schools can implement other strategies:

Tackling bullying is a whole-school issue that isn’t going away any time soon – but increased education for both pupils and teachers around the long term impact of what might seem like harmless behaviours to perpetrators will go some way to tackling the epidemic of bullying in schools.

Bring your experience and skills to top UK schools

How To Spot Changes In Student Mental Health

As a new term begins, everyone will be relieved that schools are...

Welcome to our brand new series, Technology In The Classroom. We’ll be looking at the changes to available classroom technology…

What makes an effective teacher?

How does OFSTED define an effective teacher? OFSTED defines an outstanding teacher as one who: Possesses a thorough and expert…

This website uses cookies to improve your experience while you navigate through the website. Out of these, the cookies that are categorized as necessary are stored on your browser as they are essential for the working of basic functionalities of the website. We also use third-party cookies that help us analyze and understand how you use this website. These cookies will be stored in your browser only with your consent. You also have the option to opt-out of these cookies. But opting out of some of these cookies may affect your browsing experience.
Necessary Always Enabled
Necessary cookies are absolutely essential for the website to function properly. This category only includes cookies that ensures basic functionalities and security features of the website. These cookies do not store any personal information.
Non-necessary
Any cookies that may not be particularly necessary for the website to function and is used specifically to collect user personal data via analytics, ads, other embedded contents are termed as non-necessary cookies. It is mandatory to procure user consent prior to running these cookies on your website.
SAVE & ACCEPT